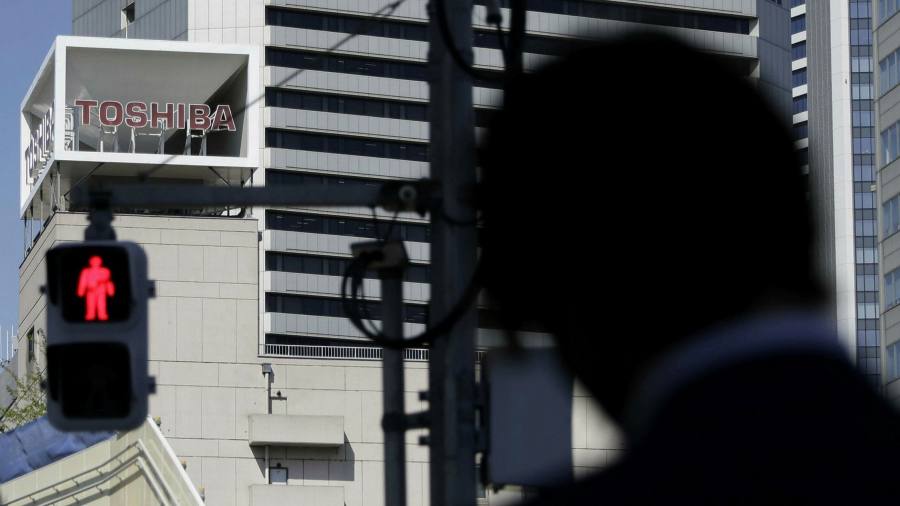 KKR’s move came as Toshiba appeared to be descending into further chaos following a historic annual shareholder meeting where representatives of two activist funds were elected to the board after months of dispute between investors and The direction.

Hours after the tense meeting, former judge Mariko Watahiki, who had openly opposed the nomination of nominees from US activist hedge funds Elliott Management and Farallon Capital, resigned from the board.

People close to the company said a large proportion of activists and hedge funds on Toshiba’s shareholder register voted against its renewal.

Blackstone approached KKR last month to prepare a joint bid for Toshiba, paving the way for a showdown with Bain, which won qualified backing in April for a deal to buy Toshiba’s biggest shareholder, Singapore-based investment fund Effissimo. .

But three people familiar with the talks said KKR was no longer so keen on bidding for the whole company and was instead aiming to acquire businesses to separate from the conglomerate during the privatization process.

Although KKR continues to identify Japan as its most important market outside the United States, the private equity firm suffered a major setback when an auto parts company it bought from Nissan and renamed Marelli , began a judicial restructuring.

The debt-laden Marelli suffered a huge slump in sales during the pandemic, and the brutality of its reversal raised red flags among Japanese banks that previously saw leveraged buyouts as a lucrative opportunity.

Toshiba has received eight initial takeover offers to go private and two proposed capital combinations that would see it remain listed among the biggest names in private equity, with the final deal expected to include domestic investors and a state-backed fund .

Tuesday’s appointment of directors representing activist hedge funds ends years of infighting between management and several high-profile shareholders, a fight that has been closely watched as a litmus test of Japanese corporate governance standards.

The battle dates back to an accounting scandal that rocked the 146-year-old conglomerate seven years ago, bringing it to the brink of bankruptcy. Last year, an independent panel found that Toshiba had colluded with Japan’s economy ministry to lobby foreign investors at the 2020 shareholders’ meeting.

“Toshiba’s strength can only be achieved through radical transformation,” Jerry Black, who chairs the board’s strategic review committee, said at the annual meeting. He added that the management’s vision “would require speed and clear direction, and privatization could eventually contribute to this transformation”.

Several regular shareholders echoed Watahiki’s opposition to the appointment of board members represented by activist funds, while others spoke out against privatization. Chief executive Taro Shimada said the company has not opted for privatization and will consider various options.