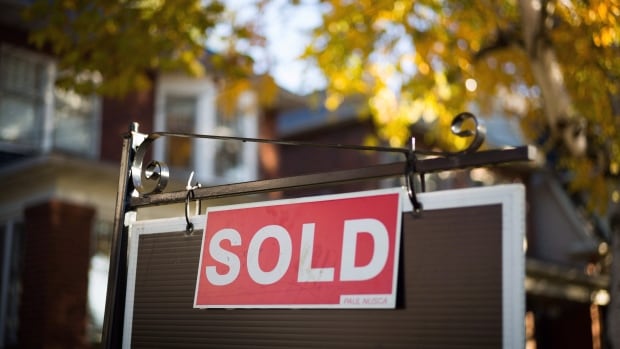 Grace Choi started shopping for a home in Toronto in January when she and her husband found out they were expecting a baby.

For months, the couple made competitive bids but were repeatedly outbid.

“I didn’t realize how psychological the bidding process was,” Choi said.

“It was a lot more mind games than I thought.”

Choi said he made unsuccessful bids on six properties, with little or no idea how much the competing bids were – and from whom.

She said the lack of transparency in the traditional bidding process marred her experience.

“You don’t know their price range, and you make all these assumptions about other buyers and you’re always questioning yourself. You’re like, ‘Have I done enough?'”

Experts say strong demand for real estate, coupled with a lack of supply, contributes to these grueling bidding wars.

In most cases, home sellers opt for the closed bidding process, also known as “blind bidding” – where buyers make an offer but are not officially allowed to know the details of other competing offers.

Philip Kocev, broker and partner at iPro Realty, said he sees more and more buyers getting fed up with the traditional process and losing multiple properties because they don’t know where they stand against other competing buyers.

“It leads to a lot of mistrust in the process and in the industry,” he said, adding that almost all of their listings end up in some sort of multiple-bid scenario, or even bidding war. total auction.

That’s why his brokerage is asking that agents be allowed to disclose the highest bid, including terms of the deal, such as closing dates and terms, to competing buyers, which agents real estate are not allowed to do at this time.

“[It gives] other buyers an opportunity to beat this offer or leave the table,” Kocev said.

Another option is the open bidding process – a popular method in Australia – where buyers stand before a property and bid openly at an auction. All offers are on the table for everyone to see and the process offers full transparency.

Tim Hudak, CEO of the Ontario Real Estate Association (OREA), says sellers in the province can opt into the auction process, but it’s not a popular choice.

“We should give people a choice”, says OREA

Hudak said OREA favors greater transparency, but cautioned against imposing a one-size-fits-all system, such as the open auction process.

“We think we should give people a choice,” he said.

“Basically, buyers and sellers have to decide if they want the traditional offer process, [or] do they want to have an open option? »

He also said the open system would not chill the market. Instead, it could lead to “auction fever” which could drive up property prices.

“This fever is setting in and can lead to higher prices late in the day,” Hudak said.

Kocev, the broker for iPro Realty, said what his brokerage is advocating is not an open system, but simply a modification of the process that already exists.

“We will not divulge any of the personal information of the buyers or who they are. It would simply be the seller who could, through his agent, let other buyers know what this best offer is. Thus, confidentiality would be preserved.” , said Kocev.

“Buyers leaving the table will feel like it was fairer.”

After five months, Choi finally found a home for her growing family, but if she had to start over, she said she would opt for a more open and transparent process.

“If we knew what we were tackling from the start, it would save us a lot of stress.”