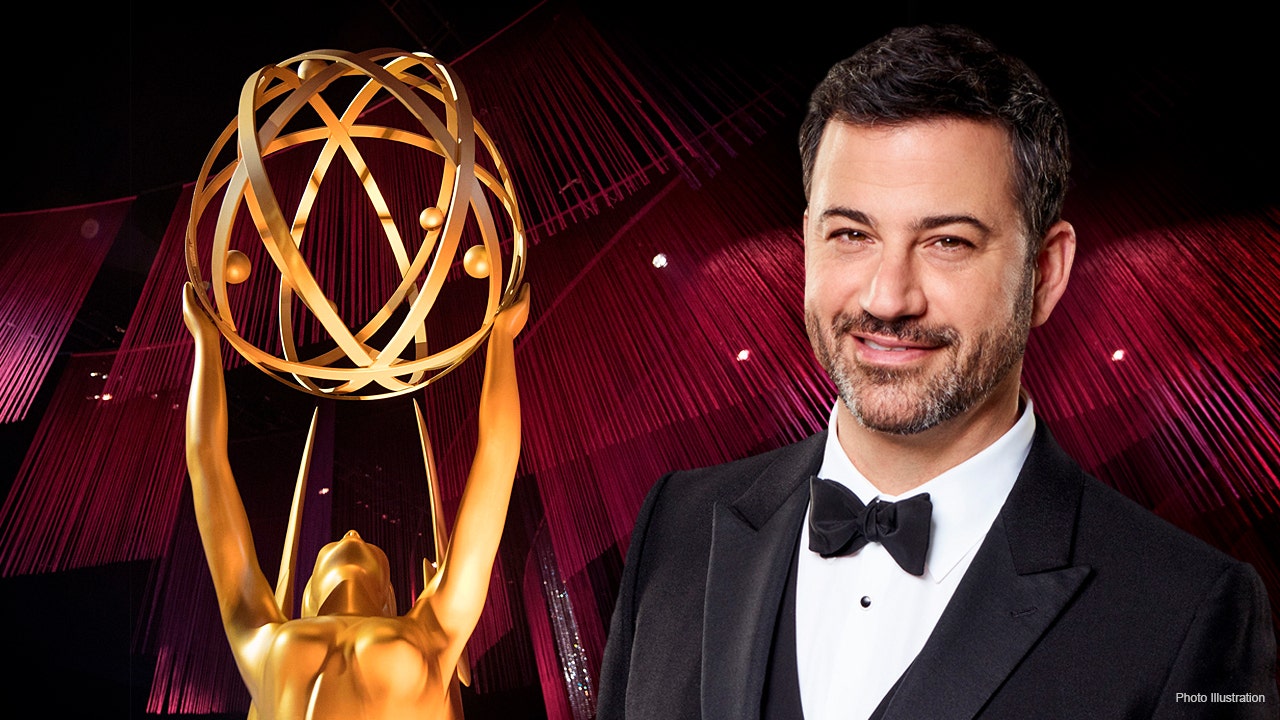 prime time Emmyshosted by jimmy kimmelare going to look very different this year due to security measures amid the coronavirus pandemic.

The show’s executive producers, Reginald Hudlin and Ian Stewart, recently revealed their out-of-the-box plan to make the awards show as close to normal as possible despite the more than 140 nominees being away.

Kimmel, 52, will host onsite at the Staples Center, rather than the typical Microsoft Theater location, with no audience.

Hudlin and Stewart said Varietythey chose the larger room for security reasons for the team and to be able to accommodate 140 live streams as they plan to send film crews or just the camera equipment to all the nominees.

“The first is that it’s so large that the crew can work safely under COVID safety protocols and be the appropriate distance from each other,” Hudlin said. “Because the most important thing is obviously safety first.”

He continued, “The second part is that this show will require an incredible amount of inbound and outbound wiring connections because the nominees won’t be there. So we’re going to bring the cameras to where they are. And the number of streams that requires is so huge that we need a facility like the Staples Center, which is used to getting so many signals from reporters covering sports to handle the kind of ins and outs that it has need.

“Normally, you focus on what comes out of your site. Here, before we can even get anything out, we have to deal with 120 to 140 things coming in,” Stewart said. “And there are also human beings at the end of these streams. We don’t want people to be nervous, we want them to feel comfortable coming in and having fun.

Producers plan to send studio cameras to all nominees around the world to avoid people filming on laptops or shooting photos using apps like Skype, Facetime or Zoom.

“They may be at home, they may be in the garden, they may be in a hotel, they may be standing on the side of the street. No matter where they feel comfortable. But we want to bring all the nominees that we can logistically live into the show,” Stewart said.

“So one of the things we try to do is get the most premium kit wherever that person is, whatever their comfort level is,” Stewart explained. “The best thing for us is to have very high-end cameras, with someone running them in someone’s house or wherever they are. This is our starting point.

EMMYS GOING VIRTUAL IN 2020 DUE TO CORONAVIRUS CONCERNS, PLANS OUTLINED IN NEW LETTER TO NOMINEES

The Emmys executive producer explained that if a nominee is comfortable with a small crew, they will try to accommodate, but if not, they will provide instructions to close friends or family of the nominees to film them.

Although the Emmys are usually a very formal event with a traditional structure, Hudlin said they were open to “a lot of variation and experimentation within the show.” He added, “Once you say the world is your studio, you can do inventive things.”

“If you want to be sweaty on your couch, that’s fine, too,” Stewart said. “It’s going to be a lot more laid back, a lot more fun, because we’re more together.”

He continued: “We hope really well, but I can’t sit here and say it’s going to be 100% perfect because nobody’s ever done it before.”

The decision to send cameras to nominees contrasts sharply with the Creative Arts Emmy ceremony, which required nominees, winners or losers, to send pre-recorded speeches.

An Emmy Awards statue is pictured prior to the 71st Emmy Awards on September 21, 2019 in Los Angeles, California (Robyn Beck/AFP via Getty Images)

Hudlin and Stewart also revealed a major setback they had which would have made the live stream smoother. They asked to preview the winners but were “closed”.

“We thought maybe this year was an extraordinary situation, but unfortunately there’s no wiggle room on that,” Stewart revealed. “We will know when everyone knows. What’s the right way to do it, it’s just annoying.