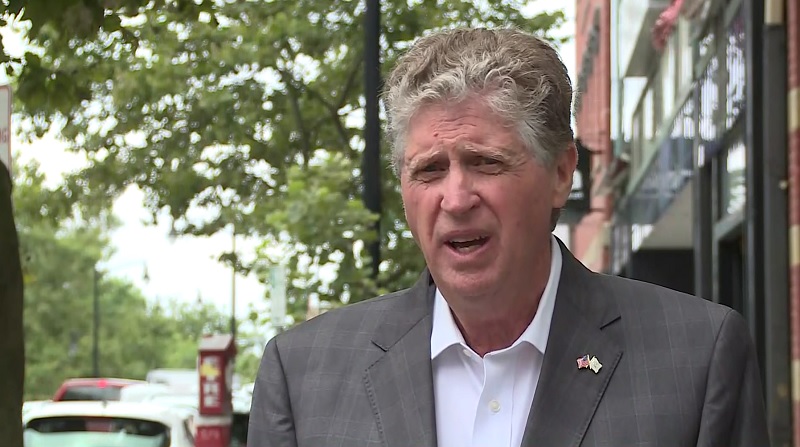 A Target 12 review of hundreds of emails sent to and from RI’s Education Department since early 2021 – obtained through a request for access to public documents – shows senior governor officials have intervened to help a review team define the scope of work. linked to the contract.

Most of that work went on to go to the ILO, although the company’s proposal cost millions more than that submitted by a more experienced company, WestEd, which has worked with the state for decades. . The ILO was incorporated the same week McKee took office and is led by former staff from Chiefs for Change, a non-profit organization led by McKee’s longtime advisor and ally Mike Magee .

Thomas McCarthy, executive director of the RI Department of Health’s COVID-19 response team, said he had had a discussion with the governor’s current chief of staff, Tony Afonso, after the committee The review saw how the ILO’s offer compared to WestEd and other companies. Afonso – who also appears as the contact point on ILO contract documents – then held the post of Senior Deputy Chief of Staff.

“I spoke with Tony Afonso and he asked that we work with you to develop a rough estimate of what we think the engagement would take to meet the governor’s intention,” McCarthy wrote in an email on April 29 to the other members of the examination of the candidatures. team, which included the mayor of North Providence, Charlie Lombardi.

McCarthy’s email was also sent to Christine Lopes Metcalfe, who at the time was the governor’s senior education adviser. (She resigned in August.) McCarthy asked her to work with an Education Department official “to help flesh out” what would be expected of bidders.

“We want to make sure that we are fully aligned with the governor’s expectations,” McCarthy added, describing the objectives of the contract as “supporting municipalities in fully reopening schools next year, building on the results of the LEAP task force and working to establish municipal education services.

The LEAP working group – short for Learning, Equity & Accelerated Pathways – was convened by Education Commissioner AngÃ©lica Infante-Green in February to look at issues such as learning loss. Members of the working group included Julia Rafal-Baer, â€‹â€‹co-founder and managing partner of the ILO Group.

The emails provide a window into the ILO’s procurement process, which was put in place quickly after McKee took the top job in the state on March 2. The state issued a request for proposals (RFP) later in the month for a consulting firm to help the state reopen. schools safe in the midst of the pandemic.

The scope of the work was also to help the state get local governments to create so-called “municipal education programs,” alternative local education offices modeled on the one created by McKee and Magee when the first was Mayor of Cumberland.

Target 12 first revealed the ILO contract and the unusual tendering process that preceded it in a report last month. The deal is now due to be considered this week in at least three legislative hearings, starting with the Senate oversight committee on Tuesday.

McKee has repeatedly defended the contract and mocked a question last month about whether the ILO had received an internal lead to secure the deal. â€œOh my God, what don’t people understand? ” he said. “Truly.”

The governor also insisted that all standard procurement procedures were followed and that he had no influence on how it went. The contract is funded by federal coronavirus relief money.

â€œAs far as the deal goes, in terms of the contract, it was a bidding process from the start,â€ McKee said on September 15. â€œI don’t have a say. I do not sit in the room and do not check in. I’m not going into the room to be brought to me. When it is brought to me, that’s when I do my job.

Emails from the Department of Education show no evidence of McKee’s direct involvement in the bidding process, but they do show the role played by his senior executives. At one point, after Lopes Metcalfe’s involvement, purchasing managers rushed to collect additional â€œconflict of interest formsâ€ (COIs) related to the offers.

â€œAnyone who has to discuss with the RFP must be checked and sign a COI form. unexpectedly asked to influence the process.

â€œHave you discussed this tender with anyone else,â€ Lennon asked an education official. â€œIt should be kept private. ”

The procurement process was also on the radar of senior officials, including Jim Thorsen, director of RI’s administration department, which oversees the state’s purchasing agency.

â€œPlease keep me updated on the progress of the process, so that I can manage expectations appropriately,â€ Thorsen wrote on May 31 to his legal advisor, Daniel Majcher, who was another member of the team at review of the ILO contract.

Majcher had just shared a final assessment of the ILO and WestEd bids with the review team, recommending that they drop the more stringent bidding process and instead award contracts to the two companies by through a “framework price agreement”, which requires less scrutiny.

“I hope this will result [in an] expedited process, â€Majcher wrote.

Thorsen and Majcher were both invited to testify at the Senate Oversight Committee hearing on Tuesday, along with their colleague Nancy McIntyre, chief of state purchasing.

Among the topics lawmakers are expected to raise in Tuesday’s hearing is what McIntyre and Thorsen recall from a Zoom meeting McKee hosted on March 5, three days after he became governor and one day after the constitution of the ILO.

Calendar entries show that McIntyre and Thorsen were invited to the meeting, as well as Rafal-Baer and Mike Magee from the ILO; the latter were then still working together at Chiefs of Change. McKee’s assistants said Rafal-Baer didn’t end up attending the meeting and the others who did just discussed issues with testing and safety at the school.

It is still unclear why McIntyre, who oversees the state’s contracting, would attend such a meeting. McKee did not respond to a question last month on whether the contract that was ultimately awarded to the ILO was discussed during Zoom.

McKee, Magee and the ILO have all tried to show the separation between the new consulting firm and Chiefs for Change, arguing that the two are not working together on the state contract. But the emails show how closely the operations of the two organizations were interwoven just as the bidding process was underway, and even after ILO leaders began working with the state. .

After the approval of the ILO contract, the head of strategy of the Ministry of Education, Brian Darrow, wrote an e-mail to his colleagues on 24 June entitled â€œC4C / ILO / PPSDâ€. The acronyms stand for â€œChiefs for Changeâ€, â€œOIT Groupâ€ and â€œProvidence Public Schools Districtâ€.

â€œHappy to connect quickly and provide context on it, if that’s helpful,â€ Darrow wrote. “I’m just trying to help connect the dots and support myself on my side.”

The note was sent with a second email introducing state education officials to ILO contact Emily Hartnett and Rafal-Baer was copy-pasted on it.

Harnett and Rafal-Baer were still using Chiefs for Change email addresses when they started working under contract with the ILO at the end of June. Target 12 separately learned that Rafal-Baer remained employed at Chiefs for Change until June 28, about a month after the review committee recommended a contract for the ILO.

Eli Sherman ([email protected]) is an investigative reporter for WPRI 12. Connect with him on Twitter and on Facebook.

Tim white ([email protected]) is the Editor-in-Chief of Target 12 and Chief Investigative Journalist at 12 News, and the host of Newsmakers. Connect with him on Twitter and Facebook.