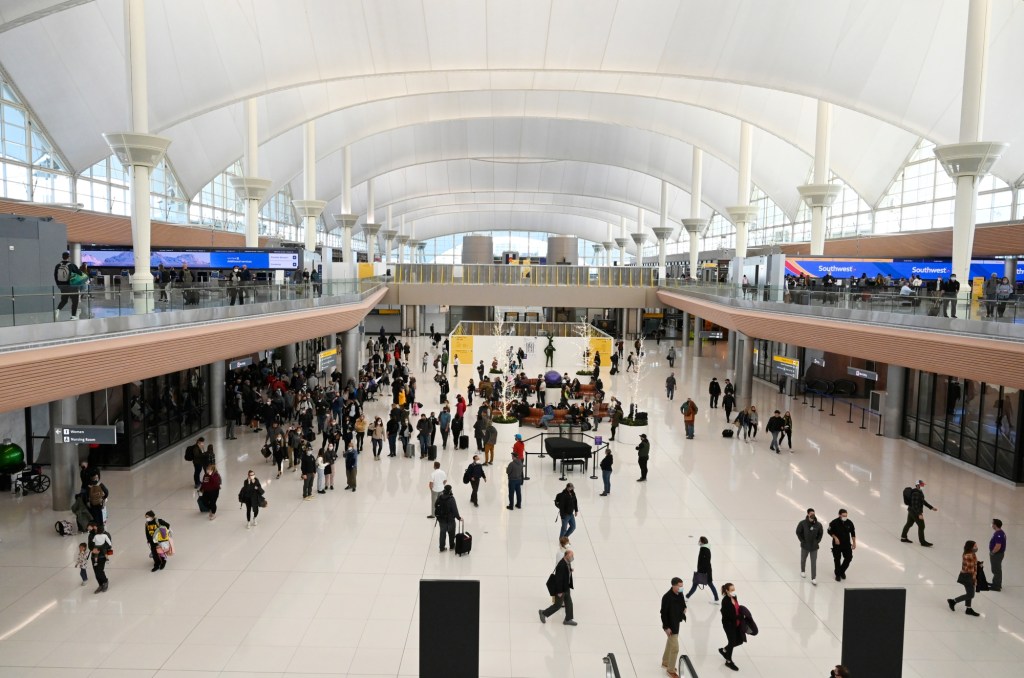 Denver International Airport’s operator selection process for its restaurants, bars, retail businesses and passenger services is not fair and the incentive program the airport offers to concessionaires should be scrapped, said the city auditor.

In a report released ThursdayDenver Auditor-Elect Tim O’Brien says the DIA’s dealership contract award process may be in violation of an executive order require that most municipal contracts be subject to a competitive bidding process. The airport could be missing out on revenue by not selecting the best contractors for its opportunities, the audit found.

“They should have grabbed it a long time ago,” O’Brien said in a press release accompanying the report. â€œDenver Airport is one of the busiest in the country. With millions of people passing through, these concession contracts are very lucrative. Companies do not need additional incentives to want to operate there.

O’Brien and his team have found that the airport allows some concessionaires to circumvent bidding processes. The DIA’s “Premium Concession Program” was designed to provide incentives to concessionaires that airport officials believe bring value to the airport, according to the audit report. But the airport pays $500,000 a year to an outside company to run the incentive program and has never assessed whether it is truly beneficial.

There are also many elements of the airport’s contractual operation that are unfair, including allowing concessionaires whose contracts have expired to “book” and keep their spaces. As of August, 40% of active dealership contracts at DIA were backlogs dating back to at least the end of 2019, according to Thursday’s press release. The average length of contract expiration was over five and a half years, with some dating back a dozen years.

The airport’s practice of destroying score sheets that measure bidders’ suitability for concession opportunities also renders the process opaque and raises further questions about fairness, the auditor’s report says. The process was also audited in 2014 and it was recommended at the time that airport officials stop destroying the sheets.

The tendering process for the airport concessions has been at the center of a trial in 2018. That lawsuit alleged, in part, that DIA officials destroyed tally sheets showing that a contract for four dining locations had been awarded to a lower-rated bidder. The case was dismissed but re-filed in 2019 with additional claims that the FBI was investigating allegations of bid-rigging. That case is still pending in Denver District Court, according to attorney Stephen Long.

The auditor’s office provided a list of recommendations to the DIA to resolve the problems encountered in the concession award process. Ending the top incentive program. Other recommendations include conducting a cost-benefit analysis, updating the airport concessions master plan, revising maintenance contracts, and updating record keeping policies. Specifically, the airport should keep scorecards of concessionaires bidding on competitive contracts for seven years, the auditor’s office recommends.

“I’m concerned about how these issues have gone on for so long,” O’Brien said in his press release. “But I believe airport officials are willing to make the necessary changes in the future. I look forward to seeing their progress when we follow up.

DIA officials released a statement Thursday evening disputing that the airport’s concession contract program violates the city’s Executive Order 8, the executive order referenced by O’Brien’s office that governs how contracts of the city are assigned. The airport recently developed an “improvement of fairness in the procurement process” for all contracts, according to this written response.

The DIA statement defended the Premium Value Concession program. The program rewards dealers who provide exceptional customer service and have other strong performance metrics by allowing them to negotiate contracts for new businesses at the airport. It was approved by the city council and the mayor, according to the DIA.

â€œDenver International Airport (DEN) has a very successful and diverse dealership program and we are committed to providing fair opportunities to all potential dealerships while providing the tools and incentives for our current dealerships to thriveâ€ , the statement said. â€œOur contracting processes and program are fair and in compliance with Executive Order No. 8 and all other city ordinances. Through these processes and programs, we provide many opportunities for new and existing dealers to succeed and help DEN meet the needs of our passengers.

Updated on February 18, 2022 at 7:51 a.m.. This story has been updated to include a response from Denver International Airport officials.