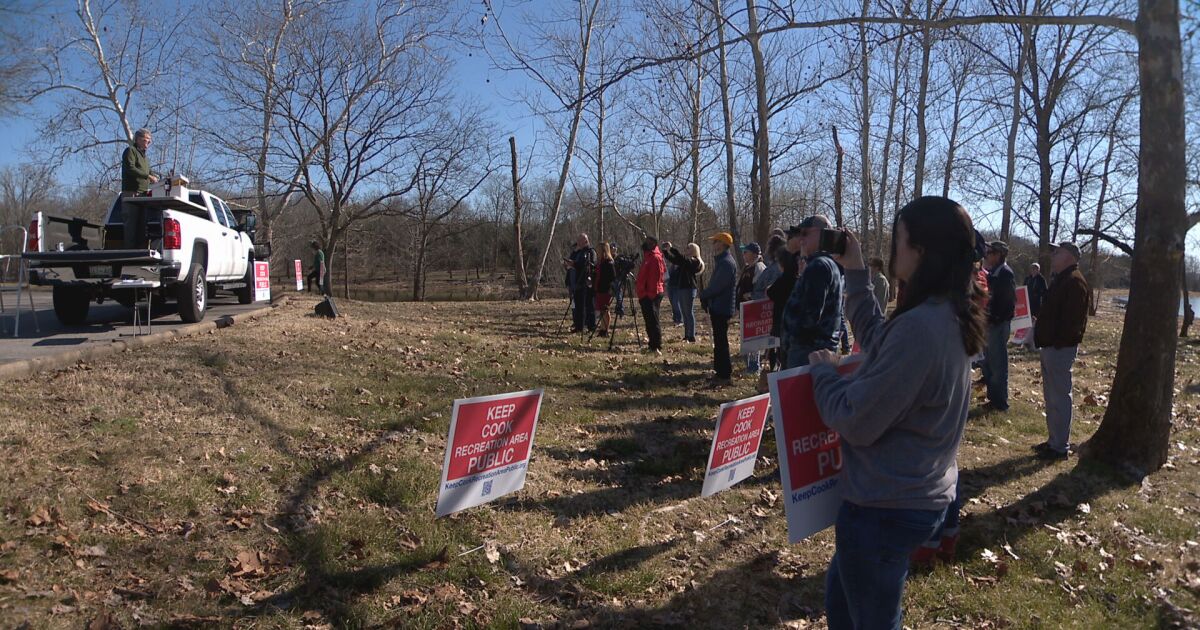 NASHVILLE, Tenn. (WTVF) — Update February 17, 2022: The US Army Corps of Engineers has decided to end the bidding process, to lease 200 acres of lakefront property along Percy Priest Lake.

Freddie Bell, Nashville Area Operations Manager for the District of Nashville, said in a statement that the applicants for the partnership had collectively failed to live up to the principles of the initiative, which would have provided a fully functional campground designed for a wide range of camping styles, a multi-purpose day-use area offering a diverse set of low-impact nature-based recreational opportunities, and a long-term business model and associated development plan that would protect the environment.

“We truly appreciate the engagement of the public, especially the communities that are connected and benefiting from the Corps-operated recreation areas,” said Lt. Col. Joseph Sahl, Nashville District Commander. “We look forward to continuing our strong partnership with local communities and providing visitors to the Cook Recreation Area with the same recreational opportunities consistent with USACE’s mission at J. Percy Priest Lake.”

Whether hiking, boating, or RV camping, people use Percy Priest Lake in all sorts of ways. This is why there is a fierce debate going on about what should be done with 280 acres of lakefront property.

Between the dozens of street signs and speeches from the bed of a van, you’d be forgiven if you thought Andy Clark was running for office.

But make no mistake, he’s launching a campaign.

“One thousand one hundred names of people who signed the petition,” Clark said.

The group, Friends of the Cook Recreation Area, is upset by a proposal from the US Army Corps of Engineers. They have opened a bidding process for a private company to take over management of 280 acres of the Percy Priest Lakefront property. The lease would run for 25 years and allow the successful bidder to make major changes to the recreation area.

Thomas says they’ve done market research showing that Nashville is growing, and so is demand for amenities like RV parking, campground stores and dog parks.

A former primitive campground, operated by the US Army Corps of Engineers, closed at Cook Recreational Area in 2004.

Thomas tells NewsChannel 5 that offers for theme parks and a new marina will not be considered. He said that if a private company took over management of the area, they would likely charge launch fees for the boats, but promises this would be in line with fair market rates.

Clark says his group is not against all improvements.

“We would love to see the campground become a campground for small vehicles, not the large leviathan RVs that are so prevalent now,” Clark said.

But they are against developments that could destroy nature.

“We want to keep it natural with the least disruption to nature, the region, the animals, the birds,” Clark said.

The group held a rally on Thursday morning, featuring several members of their organization at the Cook Recreation Area public boat launch. Even Nashville Mayor John Cooper made a brief appearance.

“We’re blessed to have it, let’s keep it,” he told the crowd.

A corps representative did not attend the rally, but Clark made sure they got the message. He got in his truck and drove their collection of 1,100 signatures and comments and personally delivered them inside the visitor center at the lake.

“We’d like to deliver it to one of you,” Clark said as he delivered the petition.

Greg Thomas of the US Army Corps of Engineers says they haven’t made a final decision on whether the land will be privatized. They say they value public feedback and will consider any concerns.